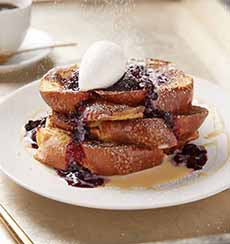 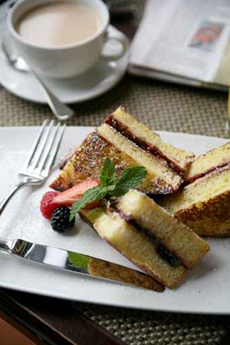 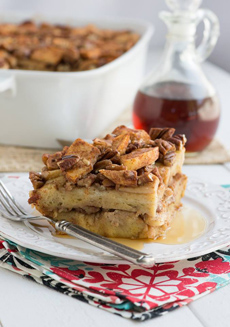 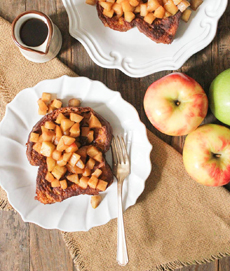 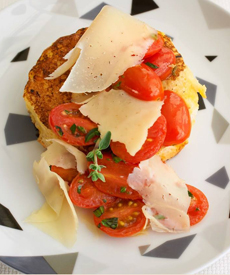 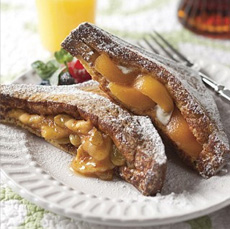 November 28th is National French Toast Day, but this year it fell on Thanksgiving.

So think of this tip not as being a day late, but as inspiration for Thanksgiving Weekend brunch. Thanks to Flavor & The Menu for the list.

While these ideas are for pan-fried French toast, you can also bake French Toast: equally delicious!

You can also make French Toast sandwiches like the Monte Cristo, an evolution of the Croque-Monsieur, a French sandwich of ham and Gruyère cheese, buttered and lightly browned on both sides in a skillet or under a broiler.

Here’s the recipe so you can try it for lunch—although probably not on the same day you have French Toast for breakfast.

There are no limits on bread varieties, shapes, thickness.

You can dip the bread into the batter right before cooking, or soak it overnight.

Here’s the classic custard dip, plus special batters that a surprise of flavor.

Plain French Toast is great comfort food. But why not add an element of excitement with fillings between the layers of bread?

THE HISTORY OF FRENCH TOAST