What to drink on April 20th, National Banana Day? How about this banana iced coffee recipe? Plus a bonus: the history of cardamom, a spice that gives this drink a special flavor.

Thanks to Dole for the recipe. There are many more banana recipes in every category on Dole.com.

This recipe is made with almond milk, which gives it a subtle layer of flavor. But you can use your milk of choice.

1. PUREE the bananas, sugar, cardamom, and vanilla extract in a blender. With the blender running, slowly add the milk.

2. FREEZE the banana mixture for 1 hour or until almost solid.

3. DIVIDE the coffee into four 12-ounce glasses. Stir in the banana mixture and sprinkle with chocolate. Serv

4. SERVE with additional milk, if desired.

THE HISTORY OF CARDAMOM

Wild cardamom plants originated in the rainforests of the Western Ghats, a mountain range in Southern India. The plants were so abundant that the area became known as Cardamom Hills.

Elettaria cardamomum, commonly known as green or true cardamom, is an herbaceous, perennial plant in the ginger family of flowering plants, Zingiberaceae. Cardamom pods (photo #2) are the fruit of the large ginger-like plant. Each pod contains 15 to 20 tiny, sticky black or brown seeds with a strong fruity aroma (photo #3).

The pods and seeds have a strong aroma, in the manner of cloves. The flavor is also strong, and has been described as a combination of ginger and cinnamon. The versatile spice has long been used in both savory and sweet foods.

The use of cardamom dates back at least 4000 years and traveled far beyond India. Ancient Egyptians chewed cardamom pods to keep their breath minty fresh and to help clean their teeth. They also used it for medicinal purposes, rituals, and embalming.

The Greeks and Romans liked cardamom for its pungent aroma. It was a key ingredient in perfumes and aromatic oils.

Vikings discovered cardamom and brought it back to Scandinavia, where it became popular in baking breads and pastries, cooking, mulled wine, and glögg.

During the 19th century, plantations of cardamom were set up by British colonists in India and Sri Lanka [source].

Green cardamom is one of the 10 most expensive spices in the world by weight (here’s the whole list). However, with its strong flavor, a little goes a long way.

Note that there is also black cardamom (photo #5), a different species, with a flavor that is not interchangeable with green cardamom (i.e., do not substitute!). 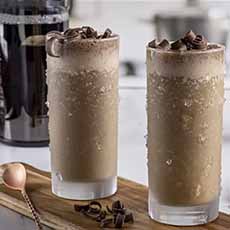 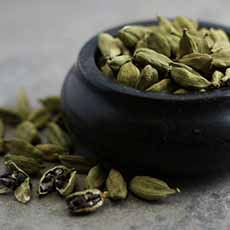 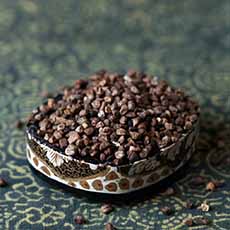 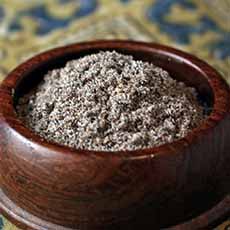 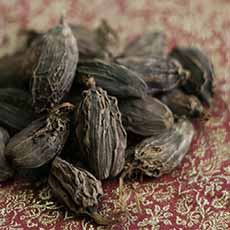 [6] Vanilla cardamom whoopie pie and milkshake shooter. Here are the recipes for the milkshake and whoopie pies (photo © McCormick).